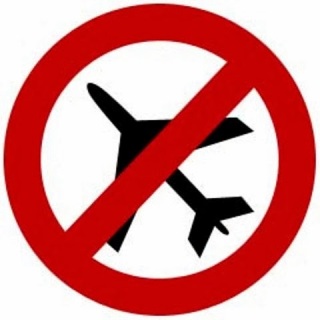 I hate air travel. I know it is the most convenient form of transport, the fastest means to get anywhere. But, I feel it is a nightmare to be cooped up for hours on an armchair and it gets worse if your co-passenger is unsavory.
It is so much nicer to travel in a train where you can get up from the seat once in a while, stretch your legs, walk around… and if nothing else, there is always something outside the window to look at. Clouds or the dark night sky gets quite boring after a while on an aircraft.
I wish the whole of the civilized world was connected by an immense railway network… underground, over ground, under sea, long bridges, scenic routes, over deserts and plains and hill ranges. It would be quite a feat of engineering and a delight to travel the lines.
Last night on my flight back to Kuwait, I had a particularly nasty co-passenger. He was sloshed and kept drinking throughout the journey and he wouldn’t shut up or let me sleep. He started of decently enough but soon his behaviour deteriorated into an annoying mess. I am normally not sociable while I am travelling, I do like to keep to myself and be in my own world of imagination… and not being left alone to do that was extremely irksome. I didn’t want to create a scene on the late night flight and disturb the other sleeping passengers and even then I had to raise my voice and be outright rude to him (which is not exactly my style). When he didn’t relent, I tried to change my seat or even get downgraded to economy class just to get away from the horrible fellow. Unfortunately, the flight was packed. Finally, I spent around 50 minutes of my 3 hour flight standing in the aisle space near the door with the steward and hostess to avoid the creep.
Well, glad to have gotten rid of him. When I narrated the incident to someone, he chided me for playing the victim, for talking about the incident in detail and so reliving the miserable moments and making him feel miserable in the process about something that is over and about which nothing could be done… about which HE could do nothing about.
Narrating the incident was not reliving it… it was therapeutic, a way to get it out of my system… a way of assurance that stuff happens and you do not let it simmer and boil within you but let it out and be cleansed. Obviously, that didn’t go well for me. As usual, I decided to rant on my blog about it and purge it… and not be judged in the process. Thank you!
© Surya Murali